We use cookies on our website to give you the best experience possible find out more here.

This half-term, year 4 will be fully immersed into learning about The Romans. With everything from gladiators and aqueducts to emperors and goddesses, this topic will answer the question - What did the Romans ever do for us? 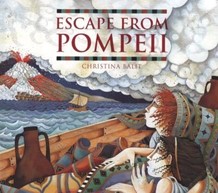 We will be reading, ‘Escape from Pompeii’ written and illustrated by Christina Balit.  This book tells the story of Livia and Tranio who are children living in the Roman City of Pompeii.  Livia is the baker’s daughter and Tranio is the son of an actor. Livia and Tranio are friends. The City of Pompeii is near the volcano called Vesuvius which erupted and blasted hot lava and ash all over Pompeii. Livia and Tranio got into a boat, set sail and sailed far away.  They were the only ones to survive. 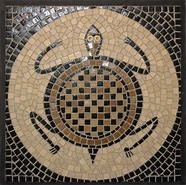 We will be finding out:

How was Britain influenced by the Roman Empire?

What was Britain like at the time when the Romans invaded?

What does ‘empire’ mean?

What was life like in the area around Shropshire during Roman times?

Why did the Romans leave Britain? 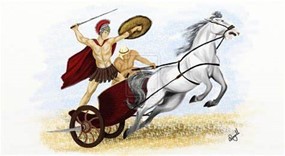 In Science, we will be identifying common appliances that run on electricity. We will also be constructing simple circuits, identifying and naming its basic parts, including cells, wires, bulbs, switches and buzzers. We will investigate how circuits work. Common conductors and insulators will also be investigated.

We will earn about the significance of mosaics in Roman art.

We will generate a repeating mosaic style pattern of coloured squares on a grid.

We will use our scientific knowledge of the transference of forces to choose appropriate mechanisms to design a chariot. We will the race our chariots in a battle!